As an organization, we believe in achieving our goals by adding maximum value to the society around us. Countries that rank highly on the knowledge index are able to make better use of their input resources. The Accendere’s Knowledge Index tries to map the effective utilization of nation’s resources towards increasing the knowledge pool. Data has been collected and analyzed for 91 countries in order to compute this index.

To compute the Accendere Knowledge Index, several parameters mentioned below were taken into account:

Population– It can be reasonably assumed that if few geniuses exist within a target population, the amount of knowledge created by them would be very high. If by sheer numbers, the population of a country is higher; there would be a greater number of geniuses in this country assuming all other factors remaining constant.

% of GDP dedicated to Education– This shows the commitment of a country towards investing in education. Higher the contribution towards education, higher is its investment in the future.

Number of Papers Published in SCOPUS indexed journals– SCOPUS is a bibliographic database produced by Elsevier that covers around 1.3 million titles having 1.8 million unique authors. These are mainly peer-reviewed journals that publish research articles in the fields of science and technology, medicine and social sciences.

Average IQ of a citizen– This is the easiest quantification of knowledge that is created in a society. If the mechanism is able to make its citizens smarter, it clearly works.

We are excited to design an earpiece that could allow people to stay connected through voi...
M. R. Adarsh and R. Karthik 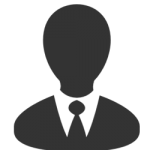 I would like to extend my immense gratitude to Accendere for appropriate guidance and help...
Trishala Sherigara

This gives me an opportunity to recommend Accendere for the best quality work combined wit...
Ramya Kuppili and Amarjot Dhaliwal
View All